We have all been in the situation when the boards become sticky and your trusty bags just aren’t trusty anymore.   Your bags start to hang a hard left off the board.  Your slide shot turns into a mid-board block.  You throw your arm out trying to push.  As a last ditch effort, you resort to your crappy airmail game.   Stop the madness and switch to the X.

For those who know cornhole, bag speed is everything and we all know how much it can change from sun up to sun down.  Bag speed is dependent not only on the bag material but more importantly on varying factors such as board coating, temperature and moisture. If you are playing in dry heat like Las Vegas with a fast board, then sticky side, or the suede side of a bag, has reasonable slide characteristics.   You can even push your blockers into the hole.  But in the evening when it cools off and there is some humidity, bags can become super sticky. 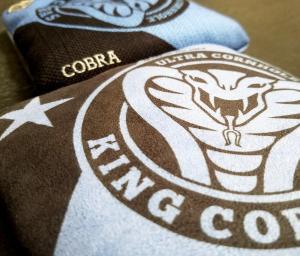 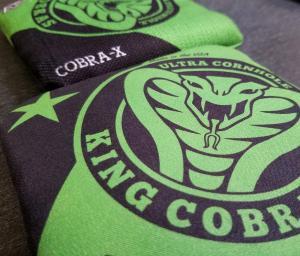 So the idea is to have both versions (max and medium stick) and choose the right bag based on the conditions. Just like in golf, pick the right club, don’t change your swing. This is a rather new way to look at cornhole that players don’t quite understand yet. But once they start to get it, it will improve their game. Change the bag, not your throw.

One thought on “The Sticky Side of the Bag”